For best results, read while listening to True Trans Soul Rebel by Against Me.

I remember when I first started this whole neopagan thing. I was still identifying as nonbinary, and I chose Wicca because of its ubiquity. I loved the idea of calling myself a witch, and hanging around cool pagan women. I was still very much feeling out where I was on the gender spectrum, and nonbinary felt better to me, at the time, then identifying as male. Still, being able to use what had traditionally been a female-gendered term to describe myself gave me a sense of gender euphoria like no other.

These days, I'm part of Heathenism (and staying the fuck away from the white supremacist groups that appropriate it), but I still sometimes refer to myself as a witch, and often refer to myself as priestess and a sorceress. It's a freeing thing, to feel accepted by a divinity that recognizes the gender you want to be recognized as instead of the gender you were assigned at birth.

I've been connecting with my spiritual side lately, and in particular I've been working with Freya. I've found it to be very gender affirming to work with a female deity and connect to the sides of heathenism that I had previously ignored. I have been studying the runes, praying, and meditating. And today I even took my wider steps into the greater pagan community by applying to join a larger organization of Heathens that is anti-racist and also allows their members to practice however they see fit: the Asatru Community. I've been a solitary practitioner pretty much the entire time I've been pagan, and it can feel kind of lonely sometimes. It would be nice to have people to do the occasional Sumbel with, once we can leave our houses again.

I'm not an officially ordained member of any clergy, nor do I have a kindred, but considering I hold blots by myself and direct my own worship, I feel I can call myself a priestess all the same. Of course, considering how outspoken I am politically, if I ever did get ordained I would probably become quite the controversial figure. But eh. I am a priestess for myself first. I know what I believe. No one else can tell me what to do. I am the Wolf Witch, and my Howl is for the Gods. 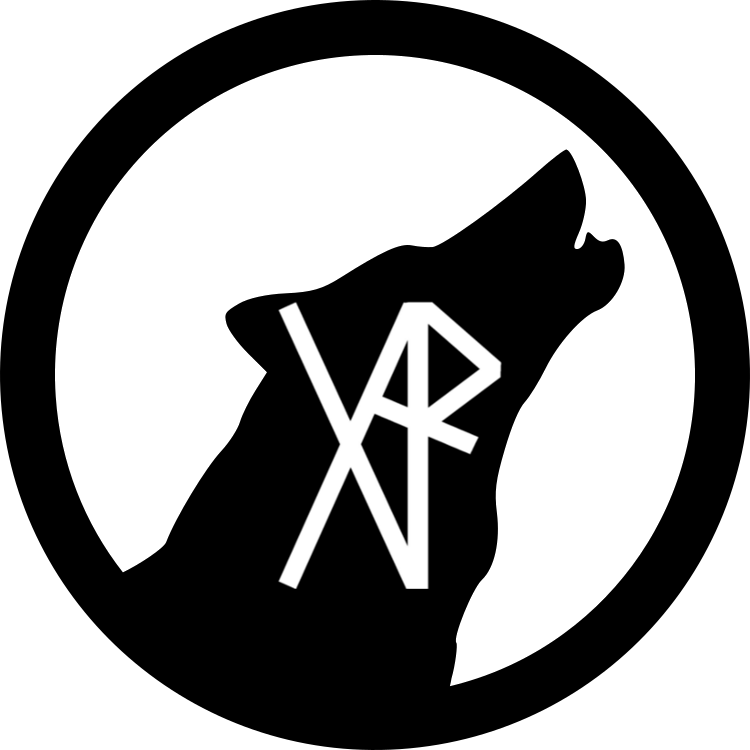