Anarcho-Paganism, Or How I Learned to Stop Worrying And Love Praying for the End Of Capitalism

“No Gods, No Masters,” goes the age old cry of the anarchist, and for good reason. Organized religion has been used to control people for thousands of years. The recent rise of fascist sympathy — “wrapped in the flag and carrying the cross,” no less — gives credence to Marx's old notion that religion is the opiate of the masses. However, much of the recent tide of Christian religious fervor has been directed at other religions just as much as it has atheists and agnostics, if not more so. The rise of Islamaphobia in the Western world is of particular note here. Also of particular note is the “New Atheism” movement, which has added fuel to the fascist fire rather than taking up arms with the anarcho-socialists. Simply removing religion from the equation is not enough, and, in my case at least, left me feling spiritually unfilfilled. Obviously organized religion still has many faults has which make it hard to join it with the aims of anarchy. But what about disorganized religion?

One of the things that drew me to the American neopagan movement was how diverse it was. Though Druidry and Wicca are the main varieties today, there are also movements such as Asatru, Celtic Reconstructionism, Hellenism, Stregheria, Religio Romana, and countless others, to say nothing of the solitary eclectics who blend practices. It's very decentralized on the whole, although large orders and covens do have a significant presence. Solitary practitioners and informal groups make up a large percent of the group, however, and I do believe there is potential for radical momentum within the movement as a whole. With that in mind, let's look at what the guiding principles of an anarcho-pagan movement might look like.

Some Anarcho-Pagan Principles and Shit 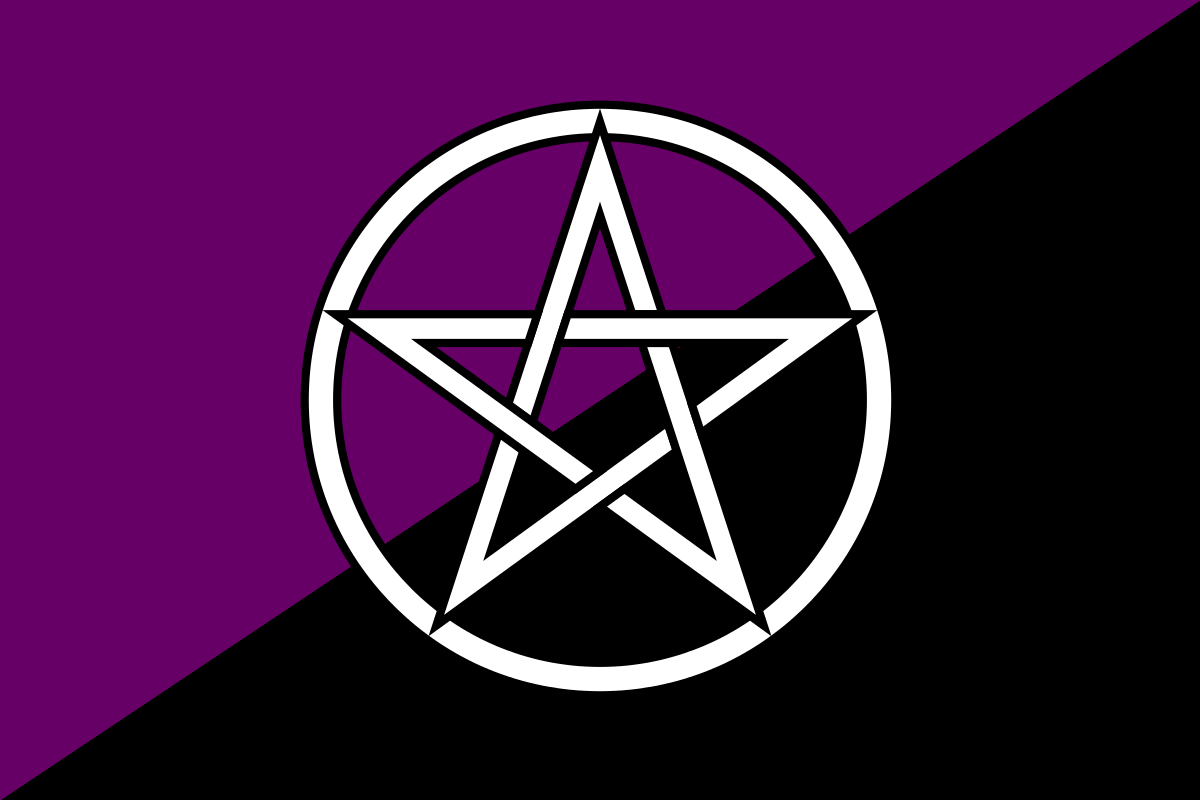 This list is just a general overview and by no means exhaustive. It's not so much a manifesto as it is just a few general points.

By the way, consider the above flag to be licensed under a creative commons public domain license. I designed it using public domain elements, and make absolutely no claims to have any rights over the design whatsover. Seriously. Use it. Share it. Distribute it. I want to see it everywhere.

The Pitfalls of the Pagan Anarchist

I've been in the neopagan community for going on a year now, and I've seen some pretty nasty pitfalls that pagans can run headfirst into no matter how long they've been a part of the community. I'm listing them here to remind myself not to fall into them myself as much as to warn others about them.

This is just a brief overview of my philosophy, but I'm hoping to inspire more people with it. I want to do more posts and writings about paganism and occultism, and maybe delve into some magical techniques as well. In fact, I think next time I'll do a brief overview of my magical practices. I hope you'll tune in for that.